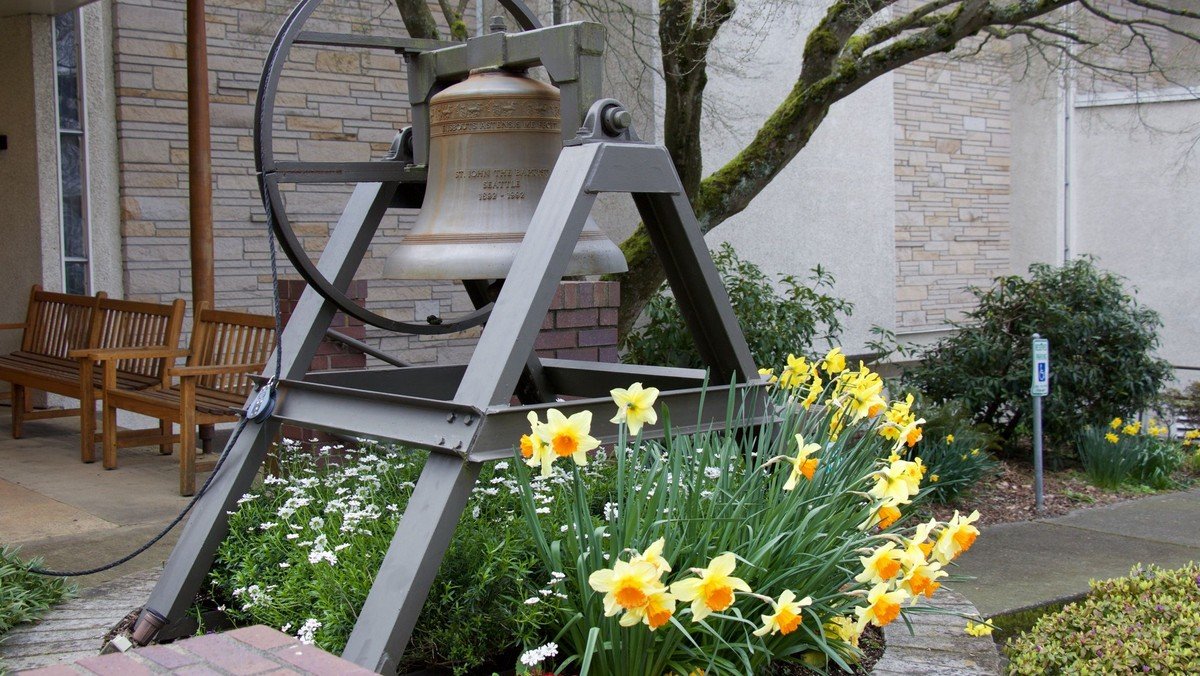 Click here to listen to the Easter Day sermon.

I have a question for you this morning. It may seem unrelated to the theme at hand but stick with me. I promise it ties in.

Why does cactus live in the desert? Cactus lives in the desert only because the desert hasn’t killed it yet. Anything that actually manages to grow in the desert would grow a lot better somewhere else. In the desert, there’s not enough water, too much light, and it’s too hot.

One plant that grows in the desert is called a barrel cactus. It’s kind of round like a basketball with folds like an accordion and deep within the folds are pores that let air in and water out. A cactus can live for four days with no roots and yet still continue to grow.

The barrel cactus is one of about a hundred species known as “resurrection plants.” In the book, Lab Girlby Hope Jahren, she writes about these fascinating “resurrection plants” and their capacity for lying dormant and returning to life. I think you see the connection to today’s theme. Resurrection. I want to read to you a short section from the book about these plants because it’s incredible and as you listen, think about how it ties in to today’s gospel.

Jahren writes, about these one hundred types of resurrection plants saying: “These species are unrelated, but within each of them the same process has somehow developed. Resurrection plants have leaves that can be desiccated to papery brown shreds, feign death for years, and then rehydrate back to normal function. It is their unusual biochemistry that allows them to do this, an accidental trait and something that they did not choose…Resurrection plants are usually tiny, no bigger than your fist. They are ugly and small and useless and special. When it rains, their leaves puff up but do not become green for forty-eight hours because it takes time for photosynthesis to start up. During those strange days of its reawakening the plant lives off of pure concentrated sugar, an intense sustained infusion of sweetness, a year’s worth of sucrose coursing through its veins in just one day. This little plant has done the impossible: it has transcended the wilted brown of death” (p. 143).

In these plants, we catch a glimpse of the Kingdom of God as they transcend death, they do the impossible, they resurrect once more. I love that image of a tiny plant; ugly, small, useless, and special. Puffing up for a couple days until, quivering with hope, until it bursts forth from its tomb. Reborn. Resurrected. New life.

On that very first Easter morn, while it was still dark, Mary Magdalene, still fresh with grief, her eyes red and swollen from weeping, went to the tomb to mourn, and when she arrived, she found the stone rolled away and the tomb empty.

In her confusion as to what this must mean, she ran. She ran back to where the disciples and her friends were gathered and told them what she had seen. Simon Peter and the Beloved Disciple listened to Mary and immediately set out running back to the tomb with her. The Beloved Disciple got their first. He just had to see it with his own eyes. He needed to see the bodyless tomb, the linen cloths, the stone rolled away.

This disciple is the faithful witness throughout John’s gospel. This is the one who always represents the most appropriate way to respond to Jesus. And in this situation, he instantly believes and seems to understand what has happened. Many scholars believe the Beloved Disciple was the author of this gospel and perhaps that is why he remains nameless. And I believe the Beloved Disciple is Lazarus. He immediately understands that Jesus has been raised from the dead because only a week ago, Jesus raised him from the dead. There is no one else who would understand the empty tomb and all that it implies better than Lazarus.

Peter, on the other hand, Peter runs to the tomb with Lazarus and Mary. Peter is the one has spent the past few days denying Jesus. And yet, here he is running towards Jesus, towards the tomb. We don’t know what motivates Peter in this moment. Is he running out of embarrassment or shame for his denial of Jesus? Is it jealousy of Lazarus and Mary, wanting to be the best disciple in this moment? To right the wrongs of the past few days. Or maybe I’m reading too much into it. Maybe he was just curious. After all, he was there when Jesus raised Lazarus from the dead. Maybe he just wants to see if Jesus has done it again.

And there is Mary, the one who discovers the empty tombs and sounds the alarm. She returns after Peter and Lazarus have come and gone and she weeps. She weeps for what is gone, for the unknown. She weeps for reasons we do not know. She grieves. Two angels appear and she doesn’t know what to make of them. And then, she turns and sees Jesus, but does not recognize him and instead mistakes him for the Gardener. They are in a garden after all.

But then, Jesus says her name, “Mary.”

And she replies, “Rabbouni” which means, “my teacher.” And in that moment, the world falls away and Mary understands and believes.

Peter who struggles and doubts and remains curious…

Mary, who grieves and loves big and proclaims.

I imagine we have a little of each of these disciples in us.

But even on our best days, we deny and doubt like Peter  and struggle to make up our minds.

Peter is relatable because he is so very human. We are envious of those who seem so convicted in their beliefs and find ourselves more in the middle, vacillating between denial, doubt, and curiosity. And that’s okay.

And Mary, with her grief and proclamation: “I have seen the Lord,” Mary speaks, and in her speaking we find our own voice.

On Wednesday evening, we gathered to pray the Stations of the Cross and I was especially moved by the concluding litany in which we repeated: “Lord Jesus Christ, we come to the Empty Tomb”

But it is also at the Empty Tomb that we receive our healing.

Do not be afraid, for he has risen from the dead, he has broken through the tomb, he has come back to life, and he is here among us now.

People of God, he is not here; he is risen.

And the people said, “Yes, he is risen!”

And he is here!