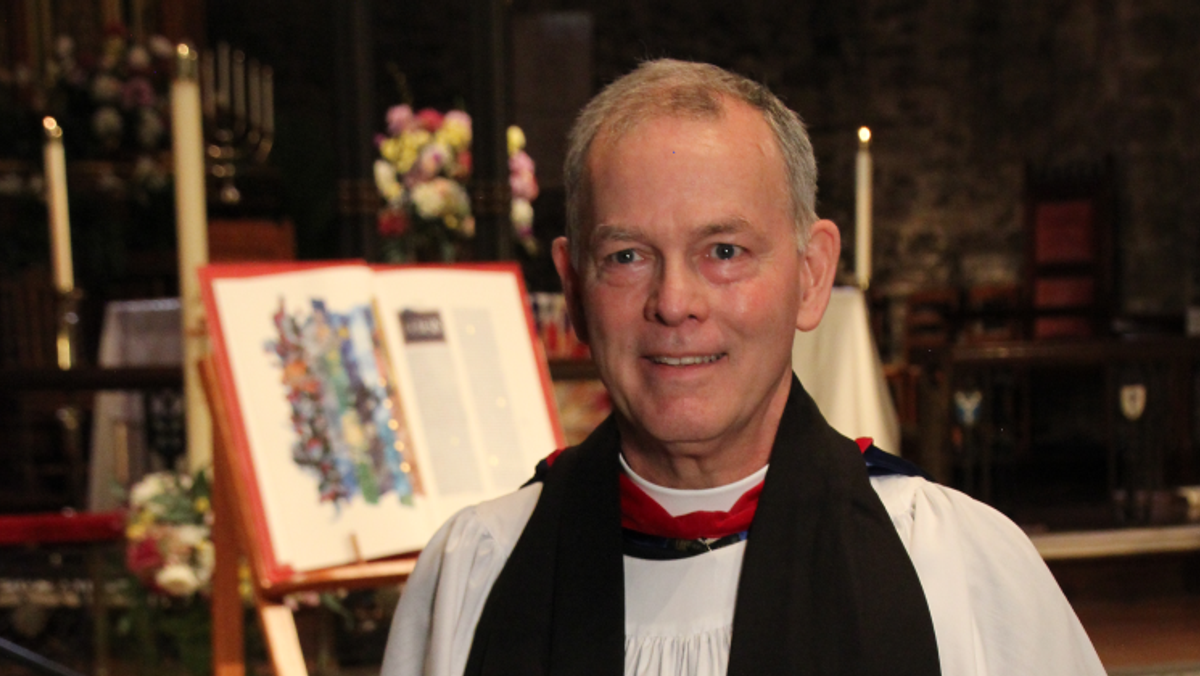 St. John the Baptist warmly welcomes former rector, The Very Reverend Peter DeVeau on April 28th. Peter is our guest preacher at both services that Sunday.

The Very Reverend Peter DeVeau is Dean Emeritus of Grace and Holy Trinity Cathedral, Kansas City, Missouri where he served from 2012-2017. A stroke in 2016 necessitated retirement earlier than planned. Peter served as Rector at St. John the Baptist from 1997-2011. Prior to coming to West Seattle, he was Canon Associate at Grace and Holy Trinity Cathedral, Kansas City, 1990-1996, and Assistant, Christ Church, Springfield, MO, 1986-1990. While at St. John’s he was active in the Diocese of Olympia in various capacities, and in the community serving on the Board for Seattle Habitat for Humanity and the West Seattle High School Foundation. Raised up for ministry in the Diocese of New York, Peter received a Master of Divinity degree in 1986 from the Yale Divinity School. Peter and Mary have been married 39 years. Their son, Matt, and his wife, Kim, and granddaughter Winn live in Chicago.