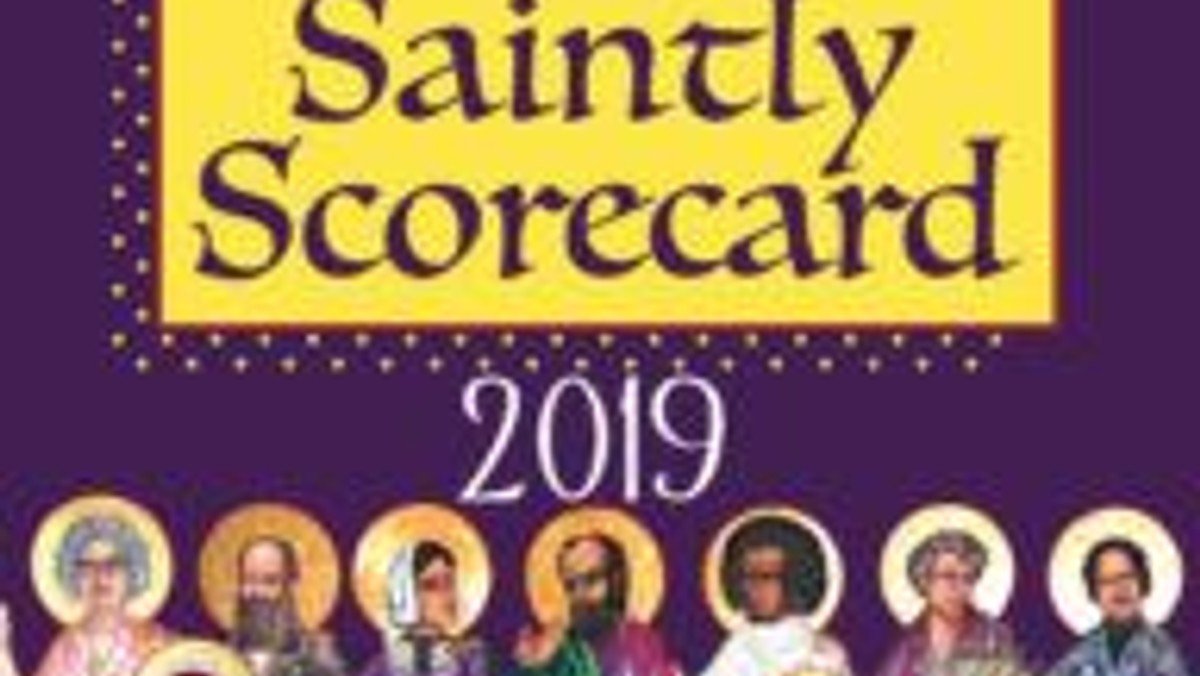 Longest Epiphany season EVER!  Maybe not really, but aren't we just itching to get to Ash Wednesday and Lent Madness -the most popular online Lenten devotion?  Of course we are!  For those of you uninitiated  to this delightful discipline, Lent Madness began in 2010 (YES - this is their 10th anniversary!) as the brainchild of the Rev. Tim Schenck, an Episcopal priest and rector of St. John's Church in Hingham, Massachusetts.  In seeking a fun, engaging way for people to learn about the men and women who make up the church's calendar of saints, Schenck came up with this unique Lenten devotion, utilizing a bracket reflecting his love of sports.  Starting in 2012, he partnered with Forward Movement Executive Director Scott Gunn (those of you taking Kate's class on Episcopal beliefs and practices may recognize that name as a co-author of the book you are using) to bring Lent Madness to the masses.

To participate, during weekdays of Lent, go to our (St. John the Baptist's) Facebook page or directly to www.lentmadness.org.  Every morning, St. John's put a copy of their post on our FB page, which will be about two different saints.  Each pairing remains open for 24 hours as participants read about and then vote to determine which saint moves on to the next round.

You can pick up a copy of 'The Saintly Scorecard:  The Definitive Guide to Lent Madness 2019,' in the narthex.  Also, check out the large full-color bracket in the narthex! We will be filling it in as Lent progresses, so if you miss a day, you can still follow your favorite saints' progress."

The winner is awarded the Golden Halo.  The kick off is on "Ash Thursday," March 7th.  It's good fun, but is really about being inspired by the ways in which God has worked through the lives of saintly souls across the generations. Questions?  Contact Layne Bautista at rickandlayne@gmail.com or at 206-938-1765.